You are here: Home / Sermons / Audio Sermons / THE PRODIGAL (overly extravagant to the point of being wasteful) FATHER

25 “Now his elder son was in the field; and when he came and approached the house, he heard music and dancing. 26 He called one of the slaves and asked what was going on. 27 He replied, ‘Your brother has come, and your father has killed the fatted calf, because he has got him back safe and sound.’ 28 Then he became angry and refused to go in. His father came out and began to plead with him. 29 But he answered his father, ‘Listen! For all these years I have been working like a slave for you, and I have never disobeyed your command; yet you have never given me even a young goat so that I might celebrate with my friends. 30 But when this son of yours came back, who has devoured your property with prostitutes, you killed the fatted calf for him!’ 31 Then the father said to him, ‘Son, you are always with me, and all that is mine is yours. 32 But we had to celebrate and rejoice, because this brother of yours was dead and has come to life; he was lost and has been found.’” 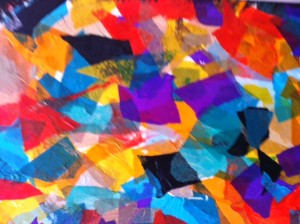 Is it too simple to suggest that there are two kinds of people in this world? – selfish, impulsive, wasteful rule-breakers who take advantage of everyone and don’t really care who they hurt (until of course they hit rock bottom and come running back for another second chance); and holier-than-thou, ultra-responsible, hyper-critical, self-righteous hypocrites who are overly angry and judgmental toward everyone who does not play by their rules (and perhaps secretly jealous of them)? Yea, that’s probably way too simple.

But to the degree that Jesus captures the tension between these opposing forces of human nature in the two children who inhabit his parable, especially if you recognize both of those forces intertwined in your own life, then Jesus just might be preparing you to be surprised by God’s amazing grace. And the instrument of that grace in this story is the father, who many would identify as the God-character here, and justifiably so, I suspect … after all Jesus often called God “Father” in prayer and conversation … makes sense, doesn’t it? Personally though, I’ve been resisting jumping to that conclusion in my own interpretation. Not that I’m opposed to it; just that if we locate that kind of shockingly extravagant grace in God alone, then we might miss the biggest surprise of all.

So this is how I see it, at least this time around. This parent, who is filled with such overwhelming love for those two children that you might assume they’re being spoiled rotten, responds to their every need and want without hesitation. This may not be the wisest approach to parenting (and I’m pretty sure it’s not God’s approach); but if you’re a parent, I suppose you may indeed feel that depth and breadth of love for your children (or your grandchildren), a feeling so profound that if possible, you would give each them just about anything that might ensure their true happiness.

Now in this story, the father says to the younger son, “sure, if this is what you really want; here’s your full share of everything I have.” – unbelievable, over-the-top generosity! And we all know how well that works out for the kid. Meanwhile, the older son has lived a perfectly faithful life, at least by his own estimate – never making unreasonable demands of his father, obeying every instruction, and working hard at building up the family fortune – because sooner or later it’s all going to be his … until that spoiled brat, kid brother returns, and dad is gushing all over him.

What are we to make of the father’s situation here? So filled with love, manipulated by both children in their own selfish ways, trying his best to do the right thing for each of them, yet sensing a divide between them that is wide and deep, and still growing. I really feel the father’s ache in this situation. And what I see is him going out of his way to meet each of them where they are at, offering forgiveness and encouragement to both, assuring them that there is more than enough love to go around, and that they don’t have to stay stuck in old behaviours or hold onto old grudges. And even though Jesus doesn’t tell us the ending to this story, he opens up its grace-filled possibilities to all of us.

I imagine the parent in this parable (even though not always making the best parenting decisions) sensing a profound internal presence of God, who whispers sacred words of guidance and support, “You possess all the grace I have to share … so wherever and whenever you feel challenged to offer my grace freely, especially to those you feel don’t deserve it, know that I am with you; and I will never stop encouraging you to risk wasting my grace by loving those who might not appreciate it.”

And that, my friends, is the big surprise … it’s not so much that God forgives that excessively and extravagantly, but even more that you can too … in fact, you are the instrument through which God’s amazing grace is made available to troubled relationships around you, if and when you also are willing to imagine that same profound internal presence of God, whispering those sacred words of guidance and support to you, “I will never stop encouraging you to risk wasting my amazing grace.”

Amazing grace, how sweet that sound.

Sunday Worship Celebration is at 10:00 am. During this time, OUC is livestreaming the service every Sunday at 10am. Please see more details under Virtual Sunday Service or by visiting our youtube channel https://www.youtube.com/channel/UCnOu5yFybhiRZ6fGiMIS_9w

Everyone is welcomed at OUC! Uplifting songs, sermons from the heart and great faith community.

More Ways to Give

Ways to Help Financially during the COVID-19 Pandemic E-transfers - Please use the email address (oucdonations@rogers.com) to make your e-transfer. The offering will be directly deposited into the OUC Bank Account and will be recorded for tax receipt purposes. No security question is required. On-line donations – if you wish to donate online using a credit card, please go to https://www.canadahelps.org/en/dn/16982 or “Click on Here to Donate Online”. Your tax receipt will be issued by Canada Helps. Mail box – envelopes/cheques can be placed in the church mail box which is checked regularly and deposited weekly. Cheques can be mailed to Orleans United Church, 1111 Orleans Blvd., Orleans, ON K1C 7C8. . Grocery cards - Interested people should email their order to Dianne Davis at (dianne.davis@bell.net) and leave a cheque in your mailbox for the amount. Dianne will exchange the cheque for the gift card order.

During this time, office hours have been reduced.  Tuesday to Thursday  only handling essential business.

Should you, or anyone you know be seeking pastoral care, please call the office number, which the Ministry Team will be monitoring regularly.

Audio versions of the Sermons are now available on iTune. You can find us by searching for Orleans United Church.

Those requiring assistance with hearing the service may use any portable FM radio with headphones to listen to our worship service. We are transmitting on 101.1Mhz.

At Orleans United Church we seek to be a place where people of all ages, stages, backgrounds, and traditions can come together to worship God and build community.

Worship takes place on Sunday mornings at 10 am, with nursery care and programs for our children and youth offered each week. We would be delighted to have you join us.

So bring a friend, invite a neighbour, spread the word – the Spirit is alive and at work at Orleans United Church and we are excited about all that God has in store for us.

During this time, office hours have been reduced. Tuesday to Thursday only handling essential business. Should you, or anyone you know be seeking pastoral care, please call the office number, which the Ministry Team will be monitoring regularly. ----

Looking for a Church